"We're glad to be of service!”

THE TITLE "CLERK" ORIGINATED FROM THE LATIN WORD "CLERICUS"

The title "Clerk" origniated from the Latin word "Clericus," meaning a scholar - a person who could read and write and thus serve as a notary, accountant, and recorder. The Office of the Municipal Clerk is one of the oldest professions in government, dating back to the Middle Ages in England.  The english word "municipal" means relating to the government of a town or city, rather than government of a country.

The Municipal Clerk is an appointed government official whose position functions in a dual capacity. One is as an agent of the Legislature and the Secretary of State when performing and officiating a variety of duties prescribed by state laws and regulations; the other is as an officer of the municipality.  Much of the work performed by a Municipal Clerk is often done behind the scenes to ensure compliance with public laws, regulations and transparency in the transactions of town government.

The roles and responsibilities of a Municipal Clerk have greatly evolved over time to meet the ever increasing complex and regulated mandates placed on municipal government. The State of New Jersey requires specialized education and professional certification before an individual can serve - and continue to serve - in the position as a Municipal Clerk. Many hours of continuing education in seven core disciplines of municipal government administration must be satisfied each year to maintain the Registered Municipal Clerk license.

Following the American Revolution, the newly created New Jersey state legislature enacted the Township Act of 1798, which was the first legislation to incorporate municipalities. Initially 104 original townships within 13 counties in New Jersey were created. Among other things, the act authorized that each township must have a municipal clerk and a tax assessor. The following year, in 1799 the tax collector position was added. Nearly two hundred years later, the position of a chief finanical officer was mandated in 1988. These four "statutory officers" must have specialized professional licensing requirements in order to perform their duties in local and county government.

In 1917, The Home Rule Act formally defined the term "municipality" and granted equal legal standing to all of the five types of municipal government: borough, city, town, township and village.  A unique amendment to the Borough Act of 1894 provided an added incentive for incorporation as a borough form of government by allowing a borough to create its own local school district upon secession. Boroughs were also the incorporation method of choice because they could form by local voter referendum without legislative approval.

The Borough of Mendham was incorporated as a municipal corporation on May 15, 1906 when it separated from Mendham Township. The reason for the split was to enable taxing capability to pay for a new gravity-based public water system intially needed to for firefighting. The distance of the gravity flow of water stretched one mile in four directions from the center of the village at the crossroads of Main Street and Hilltop Road.

If you are interested in reading about some of Mendham’s history visit Living Places - Mendham Historic District.

SERVICES PERFORMED BY THE MUNICIPAL CLERK

The Municipal Clerk has custody of and safely keeps all records, books, deeds, leases, bonds contracts and archives of Mendham Borough, with the exception of those records committed by local ordinance to be kept by another office. The Clerk updates the Code Book of the Borough of Mendham once new ordinances have been adopted.

The Municipal Clerk has the authority to take and administer oaths of office and affirmations in all Borough matters.

The Municipal Clerk is the custodian of the Corporate Seal of the Borough and affixes the seal to instruments and writings when authorized by ordinance or resolution of the Council, or when necessary to exemplify any document on record in his or her office or to certify any act or paper which have been a public act of the Borough.

The Municipal Clerk serves as Secretary to the Mayor and Council.

The Municipal Clerk prepares the meeting agendas for the Mayor and Council, attends all their meetings, and keeps a correct and permanent record of all its proceedings. Additionally, the Clerk maintains a calendar of all matters pending before the Council and also acts as liaison between the public and the governing body.

The Municipal Clerk serves as the Custodian of Records and Records Manager.

The Municipal Clerk is responsible for storing and maintaining the local archives and records of Mendham Borough, and is the official Custodian of Record.

The Municipal Clerk, as custodian of records, processes requests for government records pursuant to the provisions of the Open Public Records Act (commonly known as OPRA).

The Municipal Clerk serves as the Chief Administrative Officer in All Election Held in Mendham Borough.

Being the Chief Elections Officer requires a thorough understanding of both our national and state election laws, not to mention the organizational skills needed to administer them!

Should a vacancy occur in the Office of the Mayor or the Borough Council, the Municipal Clerk is the official responsible for carrying out the Municipal Vacancy Law, which prescribes the procedure in filling such vacancy.

The Municipal Clerk serves as the Chief Registrar of Voters in the Municipality.

Am I Registered to Vote?  New residents to Mendham Borough, or voters wishing to file a name change, change of address, or political affiliation change should submit a new Voter Registration Application with the updated information.  Please contact the Clerk’s office should you have any questions.

Voter Registration Application forms are available online or you can stop in the Clerk’s Office to pick one up.  To register in New Jersey you must be a United States citizen; at least 17 years old but may not vote until reaching the age of 18; and resident of Morris County for 30 days before the election.

The Municipal Clerk serves as the Administrative Officer for Licenses & Permits.

Anyone interested in obtaining information about Raffles or similar games should go to the  Legalized Games of Chance Control Commission website for applications and information. 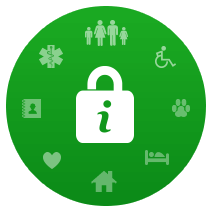