The "Third Option" To Efficient Policing

The "Third Option" To Efficient Policing

The concept of municipal consolidation/shared services is referred to by some as the panacea for high property taxes.  Others claim that consolidation/shared services is a pipe dream and not worth pursuing because no single service will solve our property tax problem.  Both sides of this argument are wrong.  No one act or reform will slash our taxes - short of major increases in other taxes.  To argue that we shouldn't pursue such reforms because they won't save "enough" is to argue against doing anything to cost costs.  On the contrary, the answer is we must do EVERYTHING.

Merging of municipalities is a heavy lift. People have nostalgic attachments to their town names and pride in their community identity. And if things don't go as well as planned, ain't no going back.  That leaves shared services  as the sweet spot - much easier to attain than wholesale municipal mergers and can generate 60 to 80% of the savings.

We must then hone in on the areas where we can get the greatest amount of savings.  Things like public works and administration sound like good targets but those areas have already, frequently, been cut to the bone.  One area in many municipalities that is ripe for restructuring: police.

The average cost of a police officer, including pension and health benefits, is approximately $170,000 per year give or take.  To most municipalities the savings derived by reducing their police forces represents their greatest potential area of budget/tax savings.

There are numerous factors that must figure into any effort to save tax $ through efficiencies and force reductions.  First is the obligation to maintain a force sufficient to serve the needs of the municipality. Second is the desire to be able to have a backup officer when needed.  It is this desire for backup - and the small population and geographic areas of many municipalities - that both drives the over-policing of small towns and provides the potential for substantial savings from the sharing or merging of police services.

To illustrate just how over-policed some town are it's helpful to examine some police-to-resident and police-per-square mile ratios. Middletown in Monmouth County has a great police force - good response times, well-trained officers and low crime rate.  Middletown has 506 residents per officer and 3.2 officers per square mile. By contrast many small towns have under 350 residents per officer and over 5 officers per mile.  On average, the larger, more efficiently policed towns deliver great quality police services with half the number of officers than our small towns.  The potential for savings - without diminishing services - is striking.

Unfortunately, despite the ripe conditions for the pursuit of such savings, there have been few successful force mergers throughout the state.  The reasons for the lack of success are numerous.  First is the impact of labor and  civil service rules.  Merging any two forces if one, or both, are subject to civil service rules almost invariably causes complications that kill the effort.

The next obstacle is a combination of pride, perception and preservation of fiefdom.  It's easy for local officials who don't want to do the heavy lifting to throw up obstacles to virtually any savings efforts.  Despite the fact that the public is clamoring for property tax relief it is relatively easy for someone to do the math, break down the savings into some small number per person and declare that the savings to be had in any one category isn't worth it.  Beware the politician who uses the word de minimis - it's both their way of trying to get you to accept tax increases - because each one is "no big deal" - and to enable them to avoid having to do the hard work that comes with the true pursuit of savings.  There is no magic bullet.  Any successful effort to control and cut property taxes will involve the hard work of doing absolutely everything - gleaning a percent here and a few percent there.

Pride is another obstacle that must be overcome.  Elected officials and police chiefs have spent years investing in creating these entities. Resistance to change is simply human nature.

So how do we overcome all of these obstacles?  Until now we have worked against ourselves.  The two police savings options provided to municipalities have been either a "contract for service" arrangement or a "joint meeting."

Under the contract for service option one municipality disbands its police force and contracts with another municipality to provide the service. The resistance to this option is almost always a deal killer.  Municipal officials simply don't want to disband their police force and cede control of this essential service to another town.

Some municipalities - given the harsh realities of our property tax burden and 2% spending cap - have begun to implement this option.  Certainly more will as we move forward and finances get ever tighter.  Those inclined to oppose even my "third option" below should take heed.

The "joint meeting" option entails two, or more, municipalities creating an entirely separate entity to create and manage what becomes a new, independent police force.  The entity, by statute, would have its own governing body and budget.  The pitfalls and areas of complication and cost are obvious - and scary enough to most municipal officials that almost none have chosen this option.

Both the contract for service and joint meeting options have the drawback of being major decisions that, once enacted, are extremely difficult to undo.

Another major drawback of both options is that they typically entail police officers losing their jobs.  Most police officers dedicate their entire careers to the municipalities they serve.  Once in the structure of a force it is hard to start again in another.  Most people - elected officials and constituents - respect their police, understand the commitment their officers have made to their community and therefore have serious misgivings about firing them.

By giving municipalities only these two, stark, complicated options we have essentially become our own worst enemy in the pursuit of these substantial savings.

The answer, is a third option.  An option that is, with changes made to shared service rules over the last few years, now not only possible, but relatively easy.  It also overcomes virtually all of the objections and complications outlined above.  The answer, is the "shared patrol model (SPM)."

Under this - relatively - simple solution municipalities execute a shared services agreement which enables officers of each town to extend their patrol area into each other member town.  Command would be shared in a structured way worked out by local officials and police management - none of whom would have the disincentive to cooperate of the threat of job loss.

This simple, yet revolutionary, alternative is a grand slam on many levels.  First, overtime is eliminated in each participating town.  They both would collectively - instantly - have more patrol officers scheduled than the two combined patrol areas would need.  So whatever your town's overtime budget - that's instant savings.

Going forward, savings would accrue to each town as officers retired and both towns gradually reduced forces until each town was absorbing it's fair share of the desired force.  Savings wouldn't always be equally allotted - but nothing's perfect.

There are of course potential complications and pitfalls to even the SPM.  Force managers would have to work together and coordinate.  Members of each force would have to learn to work together and the ins and outs of new territory - but of course managers are always having to learn to work with new people and every new officer has to learn the area he patrols. In virtually all of these potential scenarios the police know much about the surrounding towns with whom they would be cooperating.

In the end, one of the best aspects of the SPM is that it can be undone.  If it doesn't work, the infrastructure of each independent force still exists.  Want to end the agreement and build your force back up?  Simply do it.

Other benefits are significant - and cop friendly.  They get to patrol more area - imagine having to drive around your town for 8 to 12 hour shifts 3 to 5 days a week - for 25 years!  In a shared force they also might be able to take advantage of more specialized training.  The result would be a leaner, less expensive, more specialized force with more-satisfied, less bored and better trained officers.

Naysayers will attack this effort. Taxpayers and responsible elected and appointed officials must demand action and have the guts to see it through.  I'm looking for competent partners with vision and determination - and a willingness to do ground-breaking work that will save taxpayers $.  That should be everyone's number one goal. 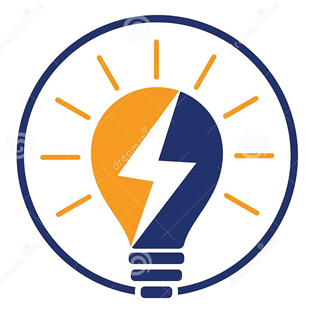