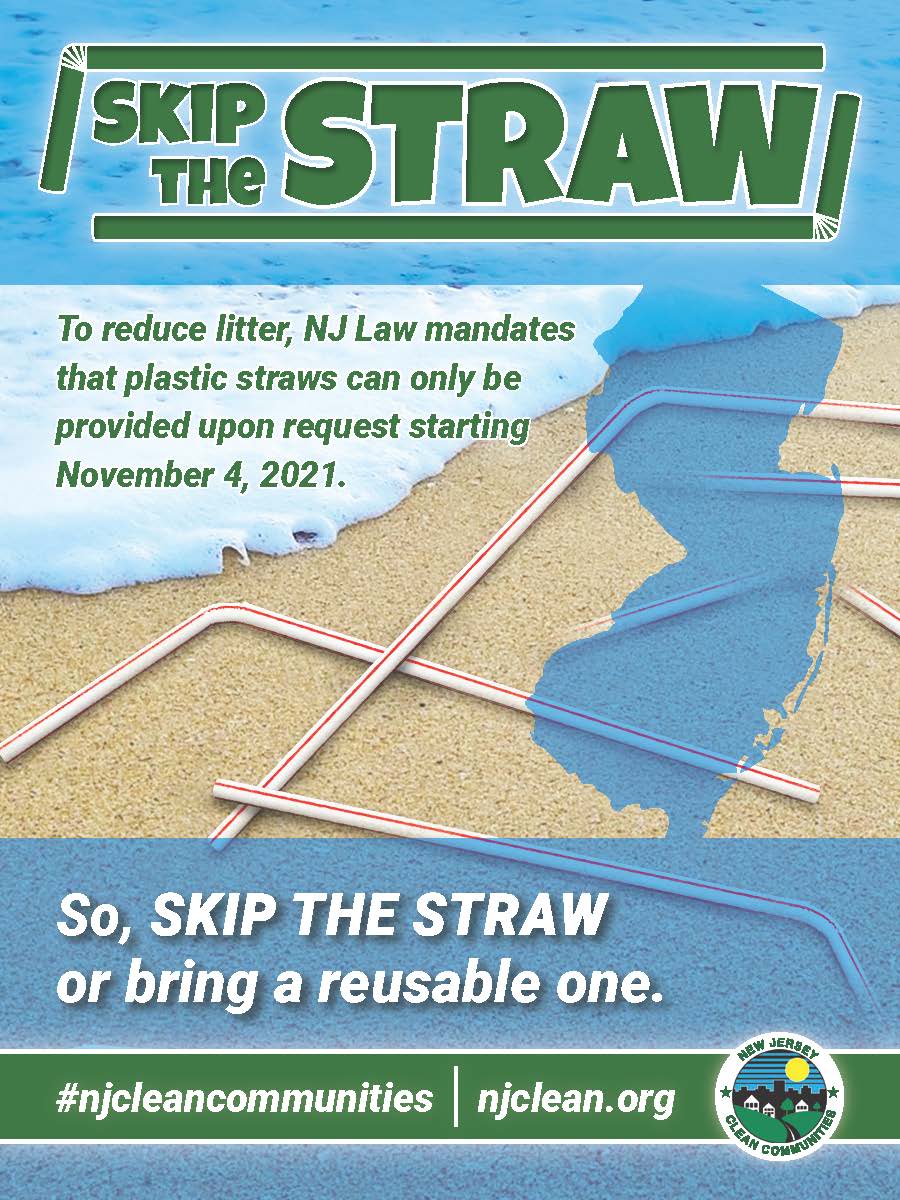 Did you know that a plastic straw only takes one minute to make, it is used an average of 10 minutes and then takes more than 100 years to decompose?

These facts are among the reasons why the New Jersey Clean Communities Council (NJCCC) is asking all residents to “Skip the Straw.”

Beginning on November 4, single-use plastic straws will only be provided upon request at all restaurants, convenience stores and fast food businesses throughout the state, as per state law. Packages of straws and pre-packaged items, such as juice boxes, may still be sold in stores.

“By skipping the straw, or bringing your own, it helps New Jersey reduce litter and it protects our valuable marine life and other wildlife,” explained NJCCC Executive Director JoAnn Gemenden. “Each year, an estimated 1 million birds, marine mammals and sea turtles die from plastics.  We are asking all New Jerseyans to do their part. Please, “Skip the Straw.”

The Skip the Straw campaign follows state legislation that reports approximately eight million tons of plastics end up in the oceans annually. Without action, scientists estimate that by 2050 the mass of plastic pollution in the ocean will exceed the mass of fish. One study found plastics in the gut of every sea turtle examined.