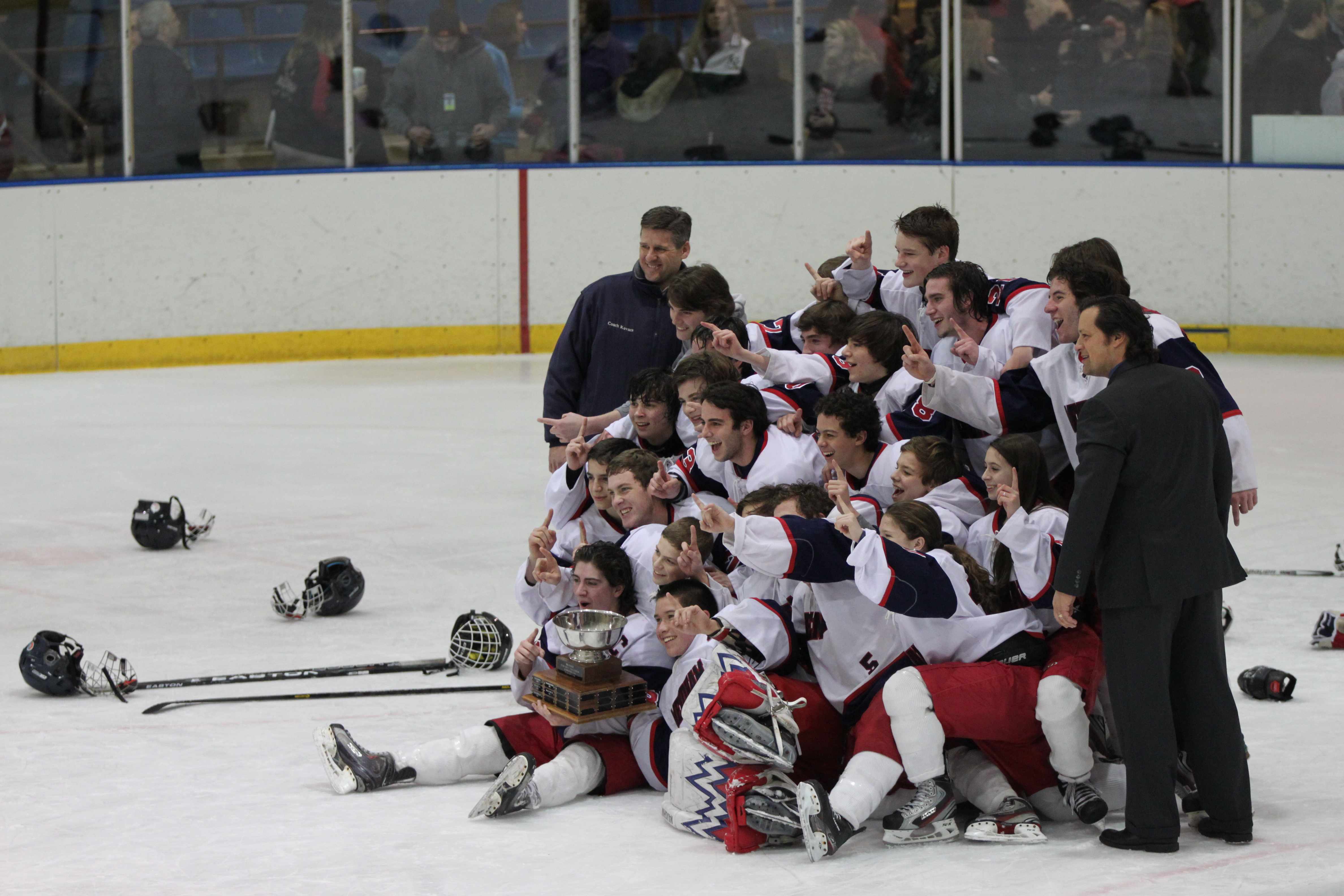 Freshman Grant Jozefek scored his 100th point during the game, now putting him in rare air with a short list of New Jersey high school hockey players to accomplish the same. He is on track to beat the Mendham record of 102 points and the state record of 113 points. The 2012/13 Mendham Minutemen now hold the best record in the history of this program at 19-2-2.

The game can be watched on MSG Varsity: http://www.msgvarsity.com/new-jersey/mendham-captures-halvorsen-cup-title-1.1403821 and will be aired on Cablevision channel 14.

Our next match will be Wednesday, February 27th at 8:30 PM at the Mennen Sports Arena in round two of the State Playoffs. As seed 4, we received a bye in round one and will play the winner of the Mtn. Lakes v. Madison game happening on February 26th.